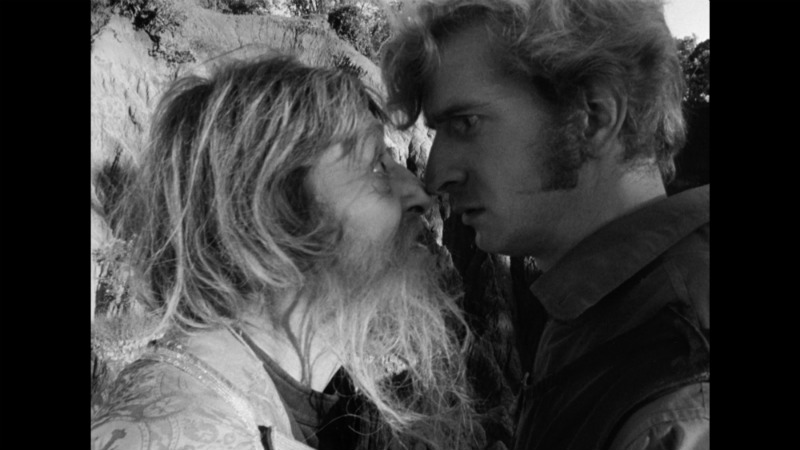 Alejandro Jodorowsky’s (El Topo, The Holy Mountain) directorial debut, Fando and Lis, premiered at the 1968 Acapulco Film Festival where the audience erupted in riot. The movie was subsequently banned in Mexico.

The film tells the story of a young couple—Fando and Lis—who visit the city Tar. Since Lis cannot walk, Fando either carries her in his arms and or in a wagon that he pulls. They encounter a number of strange people and surreal situations on the way.

Based loosely around a play written by Fernando Arrabal, who along with Roland Topor and Jodorowsky had founded the Panic Movement in Paris several years earlier, Fando and Lis bridged Jodorowsky’s work in the theatre with his developing interest in cinema. The film exemplifies the group’s interest in pushing the use of absurdism beyond the surreal in order to shock an audience into new perspectives on existence.

Fando and Lis is presented here in a gorgeous 4K restoration.

Alejandro Jodorowsky’s legendary, notorious cult hit El Topo incorporates influences from tarot to the Bible to surrealism into a mind-blowing western. This is the first of our special QFT Lates dedicated to the master of the Midnight Movie.

Alejandro Jodorowsky’s The Holy Mountain caused a scandal when it first premiered at Cannes in 1973; today it is one of cult-cinema’s most challenging and influential works.