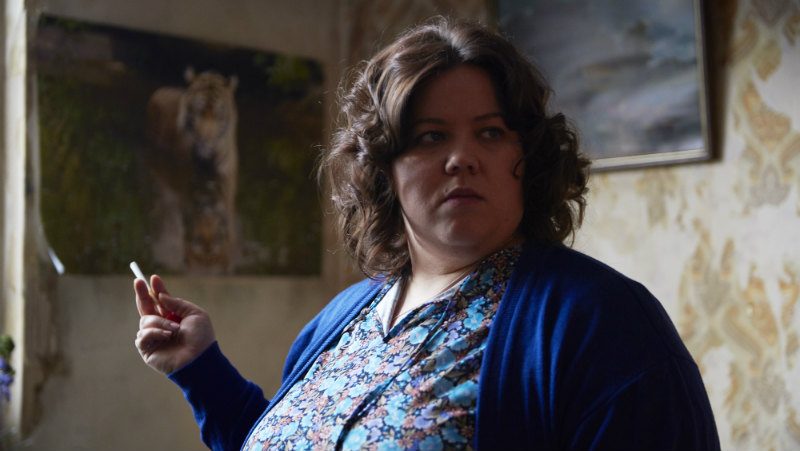 Ray gazes out of his high-rise council estate, a pinkish yellow glow flooding the netting of his window. In his alcoholic haze, time is indistinct. Two decades since his iconic photography book Ray’s a Laugh documented his parents’ life in their council flat, Billingham returns to the same block on the fringes of Birmingham. Stunningly filmed in 16mm, Ray & Liz is a painstakingly vivid testament to Billingham’s memories and the desolation and impact caused by the government’s austerity measures. Justin Salinger is the spitting image of Billingham’s dad, while Daniel Landin’s cinematography (Under the Skin) and Beck Rainford’s production design evoke a powerful sense of mood and place that frames shocking recreations of chapters in Richard and his younger brother Jason’s childhood.

Under the Silver Lake

From the dazzling imagination that brought you It Follows comes a delirious neo-noir fever dream about one man's search for the truth behind the mysterious crimes, murders, and disappearances in his East L.A. neighbourhood.