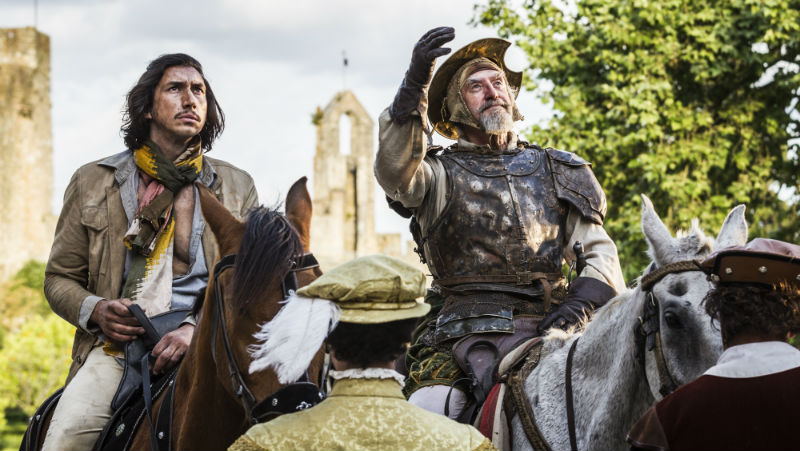 Co-written by Tony Grisoni, The Man Who Killed Don Quixote is far from a straightforward adaptation of the classic book. The narrative centres on director Toby (Adam Driver) who is attempting to film his own adaptation of Cervantes’ novel, but also incorporates flashbacks to an earlier version of his film starring Jonathan Pryce, and a hallucinatory dream world where characters from each of the narratives converge. Visually intoxicating and irrepressibly ‘Gilliamesque’, this is a madcap journey through the insanity of the filmmaking process.

Followed by a recorded Q&A with director and co-writer Terry Gilliam.

Please note: The Man Who Killed Don Quixote will screen without ads and trailers and will start promptly at the advertised time.