Author and friend of QFT Jan Carson is this week's #WeAreQFT guest. Find out what era of James Bond films is Jan's guilty pleasure, why she would love to see a new adaptation of Midnight Children and what film is the worst thing her eyes have ever seen. 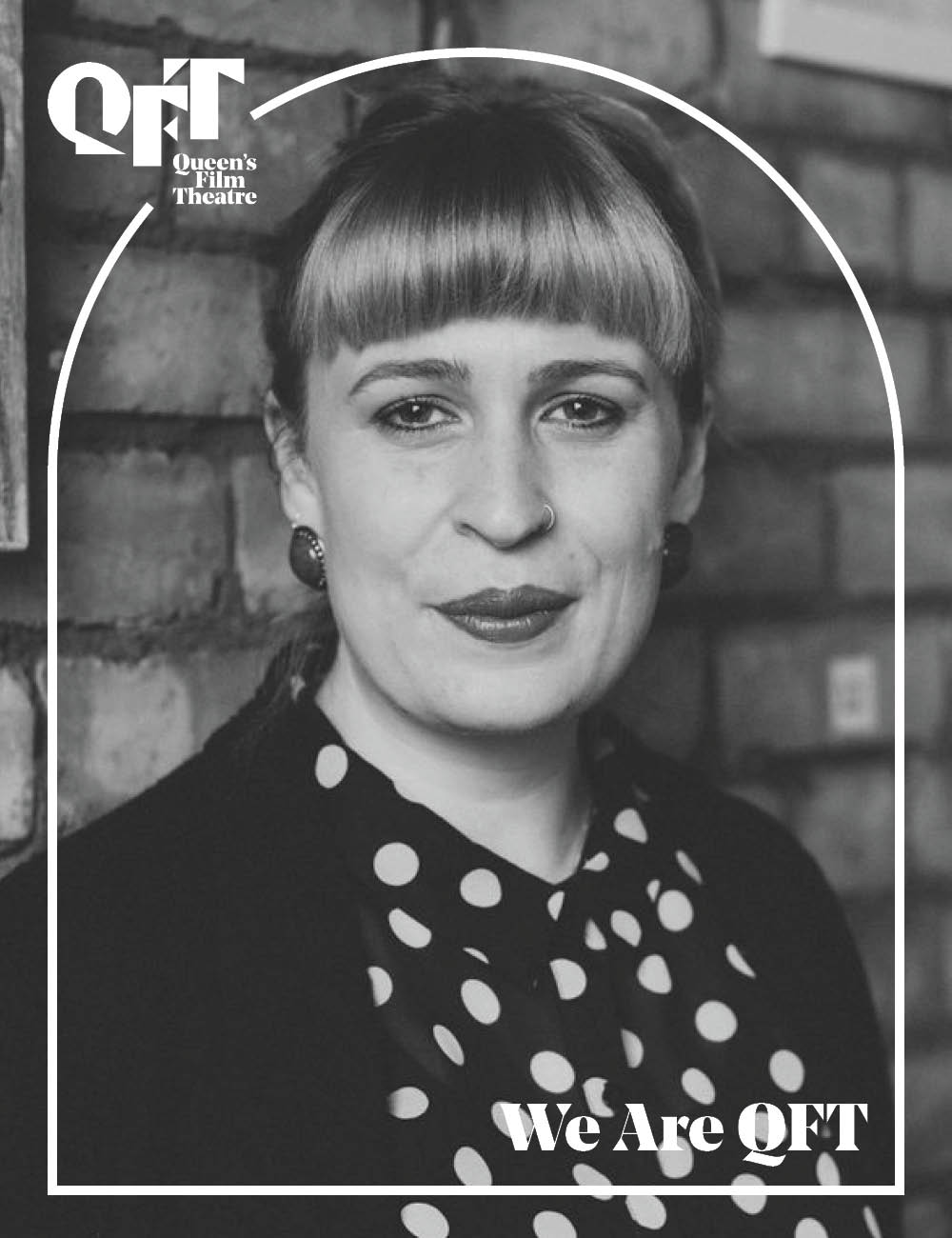 We weren’t really allowed to go to the cinema as children so the only time I can remember actually being in the old State cinema in Ballymena as a child was a special exemption for a friend’s birthday when I was about 10. The movie was Dick Tracey.

James Bond. Roger Moore era, especially View to a Kill (1985). My brother and I spent all our school holidays watching Bond movies taped off the TV and I still finding them really comforting to watch.

What film character would you love to meet?

Agatha Christie’s Poirot in any or all of his onscreen incarnations. I’ve been reading Agatha Christie and idolising the little Belgian since I was about eight and as a child used to have this fantasy where I would get to be his sidekick and we would solve elaborately complex crimes together.

Nowadays there’s so much temptation to glance at your phone when you’re watching films or TV at home. The cinema forces me to properly concentrate and focus on the film for the whole duration.

Four rows down, left side, seat next to the wall. Every time.

Jaws from the Bond movies. He featured very heavily in my nightmares when I was a child. This might also be where my dentist phobia came from.

My favourite book is Salman Rushdie’s Midnight’s Children and they made such an awful job of the adaptation a few years back, I’d love to see a really well done, thoughtful remake. The book has such huge cinematic potential and the film really didn’t do it justice.

Can I say a whole genre here? I’ve always hated musicals but since I’ve been programming films for our Dementia Friendly Screenings at the QFT I’ve had to programme quite a few musicals and I will say there mostly still all terrible in my opinion but I have found a few I quite like: Singin’ in the Rain (1952), Easter Parade (1948) and White Christmas (1954). Oklahoma! (1955) remains the worst thing my eyes have ever seen.

To my shame, I’ve never seen Gone with the Wind (1939) from start to finish. I know I wouldn’t concentrate properly for the whole duration on TV but I’d love to see it on the big screen.

I really love Emily Watson. She’s one of those actors who everyone’s aware of but she never seems to get the attention she deserves and I think she’d do a stellar job of playing me.