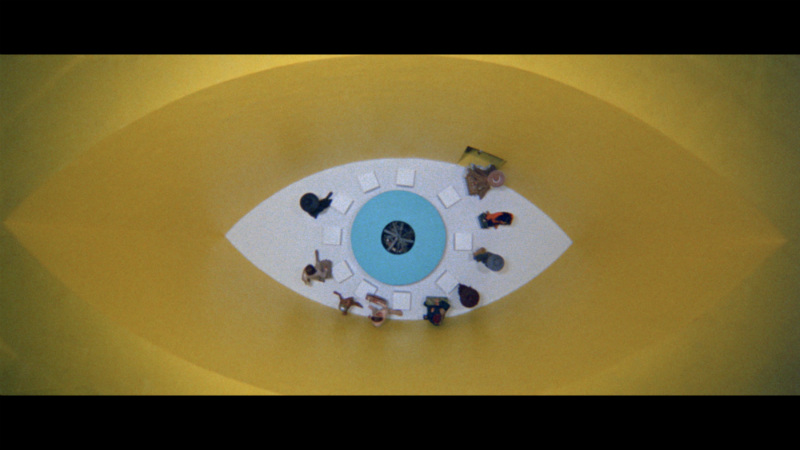 Alejandro Jodorowsky’s The Holy Mountain caused a scandal when it first premiered at Cannes in 1973; today it is one of cult-cinema’s most challenging and influential works.

Based loosely on French writer René Daumal’s Mount Analogue—first published some 20 years earlier—the work tells the complex story of a journey undertaken by an alchemist (played by Jodorowsky) who is joined by a cast of bizarre figures who go through a series of mystical rites to reach the summit of a holy mountain. The allegorical ascension, a stand-in for personal enlightenment, is rooted in the rich and shocking visuals that came to define Jodorowsky’s oeuvre. With the logic of dream-vision, Jodorowsky creates a sun-weary terrain punctuated by horrific violence and the wonderfully strange.

Jodorowsky’s El Topo (1970) had sparked the Midnight Movie movement, earning the director a £1 million budget for his next project, The Holy Mountain. The film he delivered is a hypnotising, unsettling, transgressive, dazzling, decadent, rambling, psychedelic masterpiece. Unfortunately, a disagreement with his distributor meant both El Topo and The Holy Mountain would shortly be out of circulation for 30 years, decades in which its reputation as the Citizen Kane of cult movies grew.

The Holy Mountain is presented here in a gorgeous 4K restoration.

Alejandro Jodorowsky’s legendary, notorious cult hit El Topo incorporates influences from tarot to the Bible to surrealism into a mind-blowing western. This is the first of our special QFT Lates dedicated to the master of the Midnight Movie.

Alejandro Jodorowsky’s (El Topo, The Holy Mountain) directorial debut, Fando and Lis, premiered at the 1968 Acapulco Film Festival where the audience erupted in riot. The movie was subsequently banned in Mexico.