In this edition of #WeAreQFT Adam Moore talks about his "holy trinity of comedy", why Joaquin Phoenix needs a box of doughnuts and who should star as the OS in a sequel to Her (spoiler, it's Danny DeVito). 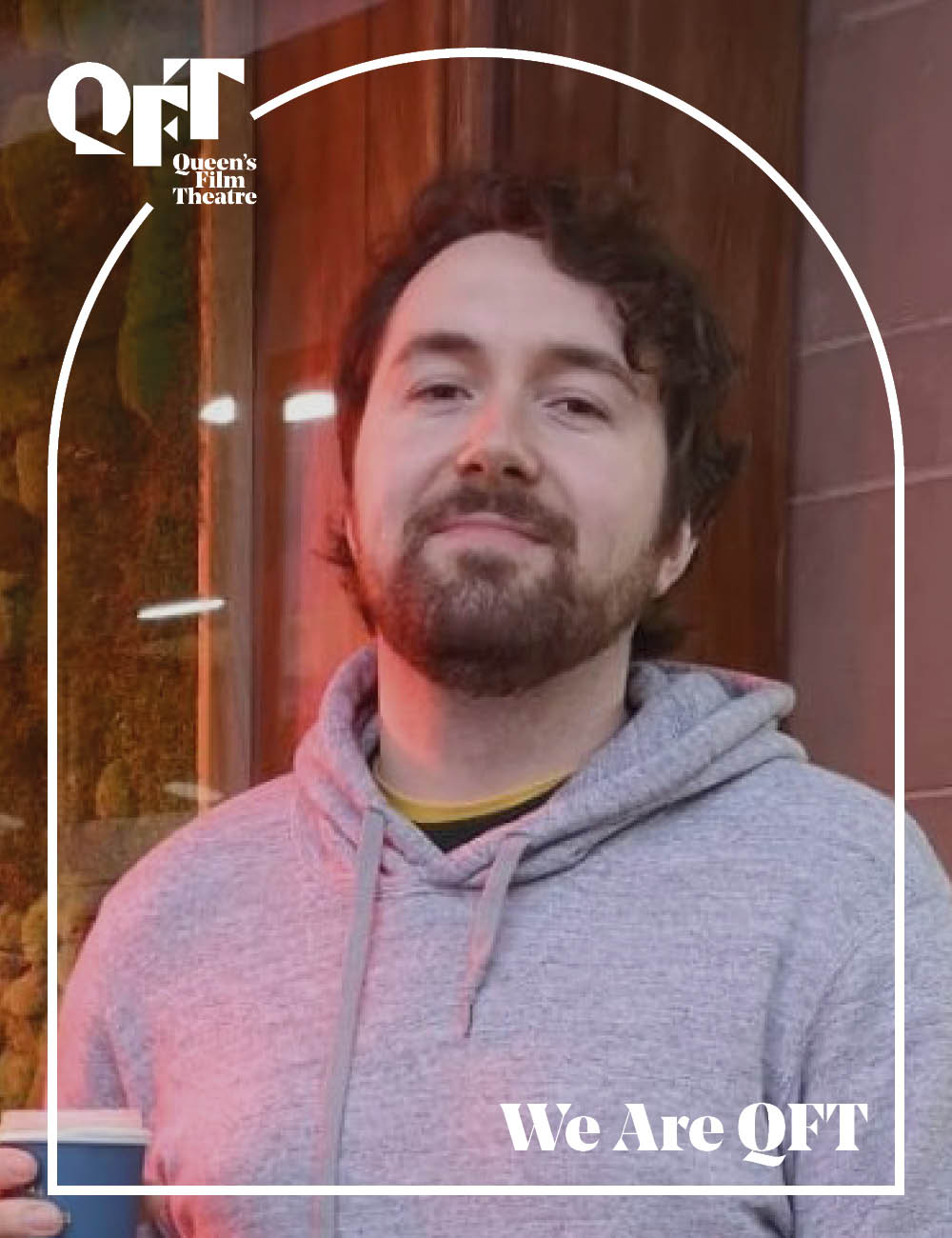 Eternal Sunshine of the Spotless Mind (2004)

What was your favourite film of 2019?

Midsommar. I don't think I blinked watching it. Brimming with colour and scored beautifully, it had me totally hooked from start to finish. Florenc Pugh's acting blew me away. Masterpiece.

Aliens (1986). I was a latecomer to the franchise and watched the first three movies in one sitting. I think because Alien (1979) was so good, watching James Cameron take the reins felt so corny in comparison.

Happy Gilmore (1996). Assuming all pre-Uncut Gems Adam Sandler films are considered bad but I'll stand firmly with Happy Gilmore, Billy Madison (1995) and The Waterboy (1998) as the holy trinity of comedy from my childhood.

What film would you recommend to a stranger?

Paddleton (2019). It's a really simple and powerful story. Mark Duplass and Ray Romano are incredible. It's lovely. Bring plenty of tissues.

Arcade Fire did the soundtrack to Her. Of course, they perfected it.

You can meet a fictional film character. Which one do you pick?

Dale Cooper. Twin Peaks might be a TV show but it isn't cheating because of Fire Walk with Me (1992). I think he'd like a pie and coffee on a Sunday.

The cinema lacks distractions. It is much more of an immersive experience and makes any movie easier to get lost in.

Do you have a special cinema seat?

In QFT, front and centre.

Doc Brown is back with his DeLorean. What film decade do you go back to?

Who is your favourite movie villain?

What would you change about your favourite film?

I think Her is genuinely perfect so this is difficult. Amy Adams' character mentions that she is friends with an operating system. It would be interesting to hear their conversations. This OS should be voiced by none other than Danny DeVito.

Joaquin Phoenix, because he's a superb method actor so maybe if he was put on a diet of doughnuts and and told to make poor decisions he'd do a terrific job.