This edition of #WeAreQFT celebrates on the local talents blazing a trail in the film world - writer and director Aislinn Clarke. A former QFT usher, Aislinn tells us her five stuck-at-home films, what film quote she uses on her dogs and why she loves a ropey horror movie marathon. 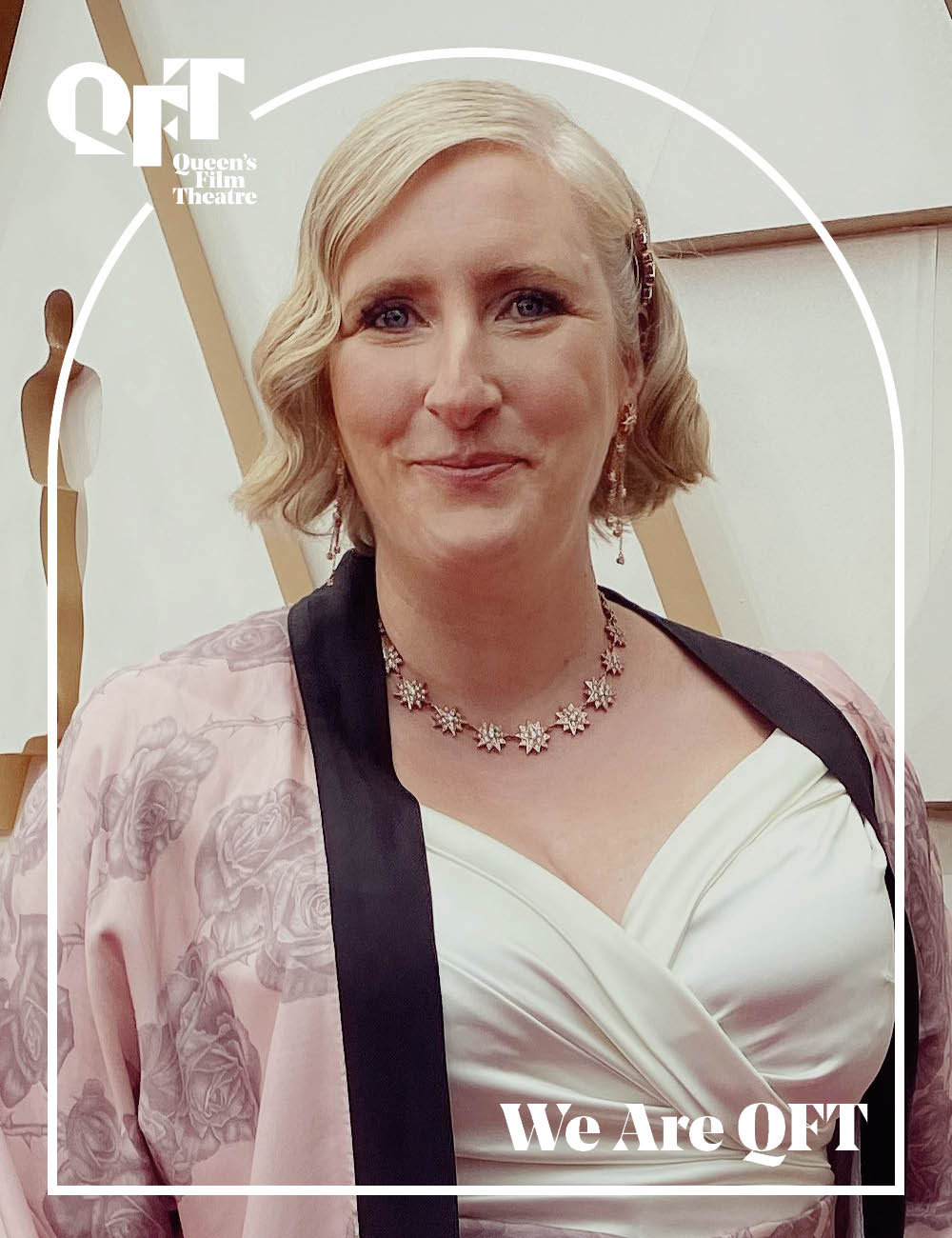 I have always loved the first three selections but they are perfect for now. They present gorgeous fantasy worlds, but controlled, tightly choreographed and directed. They are beautifully controlled escapism - the perfect antidote for the chaotic world we are in at the moment. For the last two selections, I feel drawn right now to the rich, ornate and fantastical - the gorgeous set design and high romance of Dracula is attractive, as is the sentimental fantasia of My Winnipeg. I'm not in the mood for anything bleak - though some of my favourite films are quite bleak! I love Mulholland Drive (2001), for example, and Tarkovsy's Mirror (1975), but not for now.

My dad loved films and we watched a lot of films, but we never went to the cinema. We didn't have much money and there were 6 of us, so it probably wasn't affordable. The first time I recall going to the cinema was when my aunt took me to see My Girl (1991) - I was about 9 or 10. I was already a bit in love with Macauley Culkin, so I was heartbroken to see him die and lose his glasses. That was the Adelphi cinema in Dundalk. The cinema was packed and we couldn't sit together. I didn't mind. I prefer to go to the cinema alone to this day.

I feel bad saying this but I really didn't like Uncut Gems (2019). Adam Sandler is very good in it, as are much of the cast, but overall I felt it was unpleasantly chaotic and irritating.

I don't really do guilty pleasures - I'll stand behind anything I think is good enough to like! That said, I am partial to a ropey low-budget horror marathon now and then. My brother and I used to get bargain bin no-budget horror DVDs to watch on Saturday nights after the pub. Good times!

What film character would you love to meet?

The vastness of the image. The escapism. The darkness. As I say, I've always preferred to go to the cinema alone. Quentin Crisp called the cinema theatre "The Forgetting Chamber" - I like that description.

Where do you sit in the cinema?

What would you change about your favourite film?

I don't have one single favourite film, but of the films I count as favourites I wouldn't change anything.

I don't see the need to remake already good films, and that's usually what happens - you can get a second wind out of something people already like, but it is seldom done for artistic reasons. There are probably some bad films that could be remade, films that good ideas or good scripts but were poorly made. Nobody remakes those though because there's no money in it.

I didn't take to Mulholland Drive when I first saw it. It's one of my favourite films now.

"He has his farther's eyes" - Rosemary's Baby. Myself and my husband quote that all the time. Usually about the dogs.

God only knows. You'd need a sharp casting director for that. My husband says Catherine Deneuve so I'll take that, ha ha!