QFT would be nothing without its fantastic team. In this edition of #WeAreQFT we celebrate one of those staff members - Deputy Front of House Manager Emma Bainbridge - as she talks to us about Meryl Streep and butter, Jurassic Park tattoos, the Mayor from Jaws and the starring role she has lined up for Patrick Stewart. 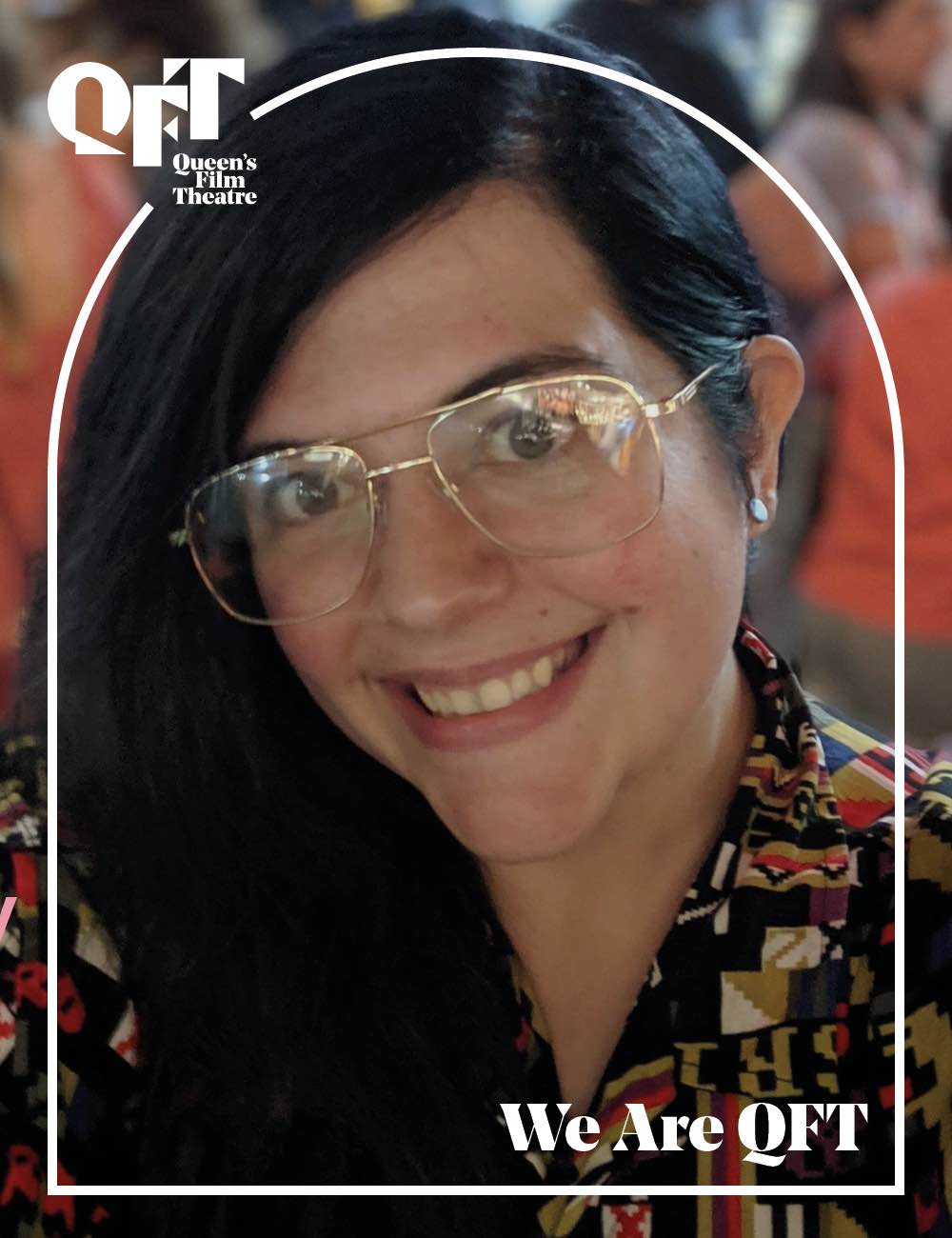 I’m going to cheat just a little bit and do a season for the first one because I can’t watch just one of an evening.

2. The Silence of the Lambs (1991): I honestly could never get bored of Jodie Foster’s performance.

3. Paris is Burning (1990): I cannot recommend this enough to anyone who hasn’t seen it, it’s such a visceral film you can practically SMELL '80s New York and it’s an amazing snapshot of history. It’s everything I love about documentary film making.

4. Rear Window (1954): A true study of self-isolation and how to overcome the boredom.

5. Paradise Lost Trilogy (1996 - 2011): Truly one of the best series of true crime documentaries made about a single case, it’s really interesting to see the theories and focus of the filmmakers change as more evidence emerges.

My first cinema experience was being 5 years old and going to see Jurassic Park (1993). I vividly remember a teenage boy screaming when Mr Gennaro met his untimely end, while I was giggling manically. It triggered a healthy love of both dinosaurs and monster disaster movies that I indulge to this day. Jurassic Park is and always will have a special place in my heart as it triggered my love of cinema. I even have a “Clever Girl” tattoo of a Velociraptor riding a bike to make sure everyone knows.

I have two that have probably cost me a dinner party invitation but they are It’s a Wonderful Life (1946) and The Goonies (1985). I will never get the hype for either.

If I’ve had a particularly rough week I’ll put on Julie and Julia (2009). Something about that much butter and Meryl Streep is just extremely soothing.

A soundtrack I can listen to on a loop is Juno (2007) which might be cheating a bit because it has most of my favorite bands on it. My favourite film score is the score for Carol (2015).

The Mayor from Jaws (1975). I’d like to ask him how (spoiler alert) he managed to not only get re-elected but remained Mayor for 4 more summers in Jaws 2 (1978) because that much political insight would be very handy in these uncertain times.

My favourite thing about cinema is the force of focus and the true escapism you can experience. You get to be silent and still and become separate from yourselves for a while which is truly a gift these days. I also like the magic of film projection, how a strip of pictures looping around very quickly can truly let a person escape from their reality is a beautiful thing.

I like to be in the middle slightly to the right of the screen.

This is very difficult for me because as a kid I loved all the Disney villains more than the leads, as they usually got the best song in the film and the best costume. But I will say Patrick Bateman is the embodiment of everything I dislike in the world.

I would take out all shots of the worst animatronic creation ever made from Jaws as, to my mind, until you see the creature Jaws is truly one of the best adventure/thrillers ever created. Apart from that I wouldn’t change a thing as sometimes the quirks in films are the best part!

I usually HATE remakes, just on principle, but having said that Mad Max: Fury Road (2015) was an amazing film. It may not be the most sophisticated choice but I think it’s an amazing film that takes all the elements that made the original so loved but put a serious and contemporary message the centre of its story.

I’m usually pretty steadfast with my opinions on films, so not really, but I have stopped, or at least tried to stop, judging people's love of certain films even if they’re not my cup of tea.

“Remember, the shadows are just as important as the light” - Jane Eyre (1996)

Kate Winslet, because while we are nothing alike I’d just like to meet Kate Winslet. More likely Patrick Stewart though.