For today's #WeAreQFT, our Film Hub NI colleague and brilliant academic Jennie Carlsten fills us in on the films that have been keeping her company and the legend she'd get to play her in the film of her life. 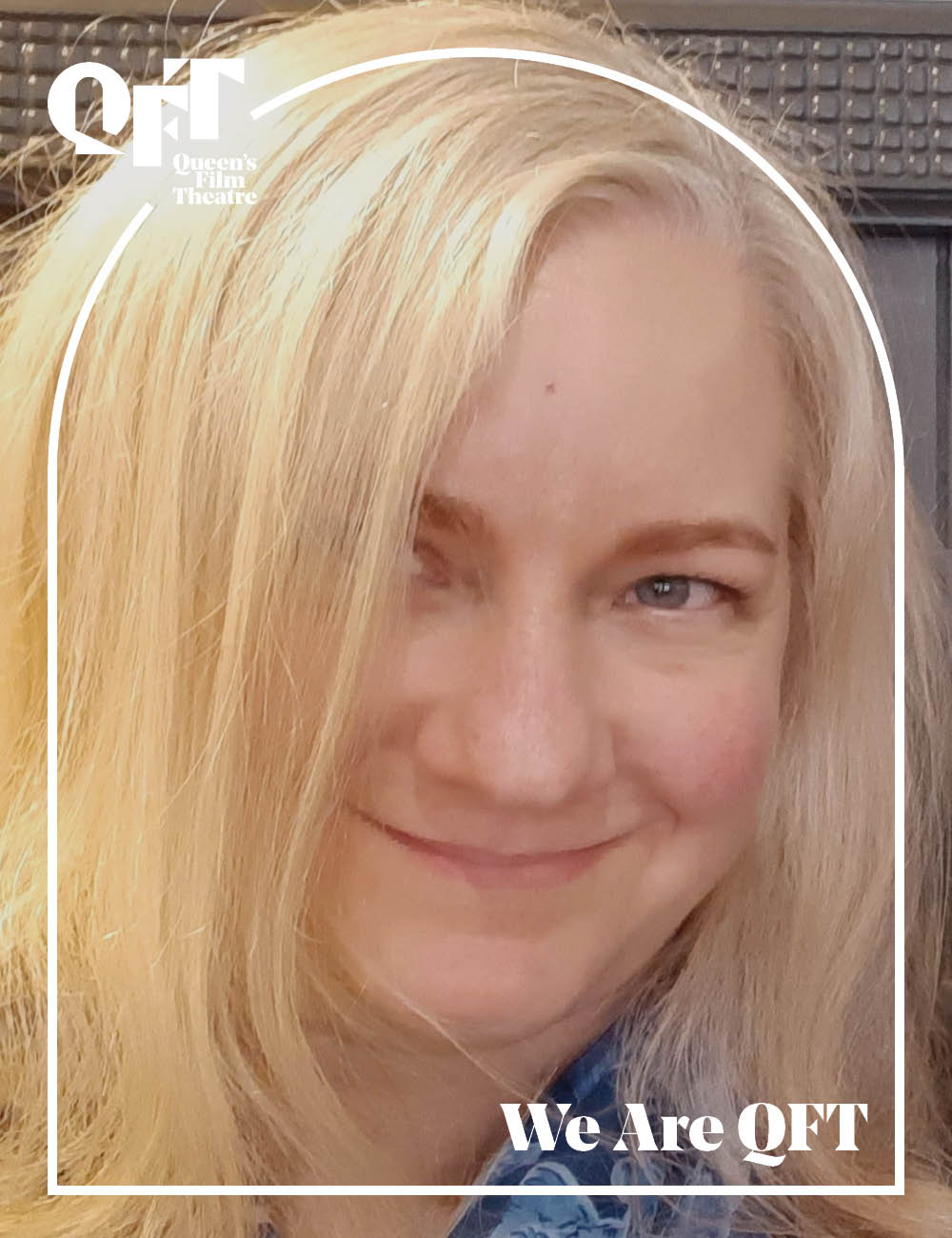 The first film I remember watching in the cinema is Bambi (1942), when I was 4. Obviously, that was completely traumatic – I sobbed for hours. Later that evening, my mother discovered I had chicken pox. Yay, cinema!

Seven Brides for Seven Brothers (1954). It’s wrong to love a film with such a reprehensible premise.

Don’t tell my boss, but it’s the second row from the front.

The Woman from the City.

Why would I want to do that?

This is more a case of the book deserving a remake… I would love to see a realist adaptation of For Whom the Bell Tolls (sorry, Ray Bradbury!).

Home Alone (1990). I rewatched it this Christmas – after avoiding it for years – and I have to admit, it is a perfectly structured Hollywood script.

"Suppose you're thinking about a plate of shrimp. Suddenly somebody will say like 'plate', or 'shrimp', or 'plate of shrimp', out of the blue, no explanation. No point in looking for one either; it's all part of the cosmic unconsciousness."

I would fight to get Laura Linney.