We've teamed up with the Seamus Heaney Centre to bring you a QUB crossover to rival the Avengers. In this edition of #WeAreQFT Centre Co-ordinator Rachel Brown tells us what film script is full of gems, why nostalgia is important and what's great about a vampire called Sex Machine. 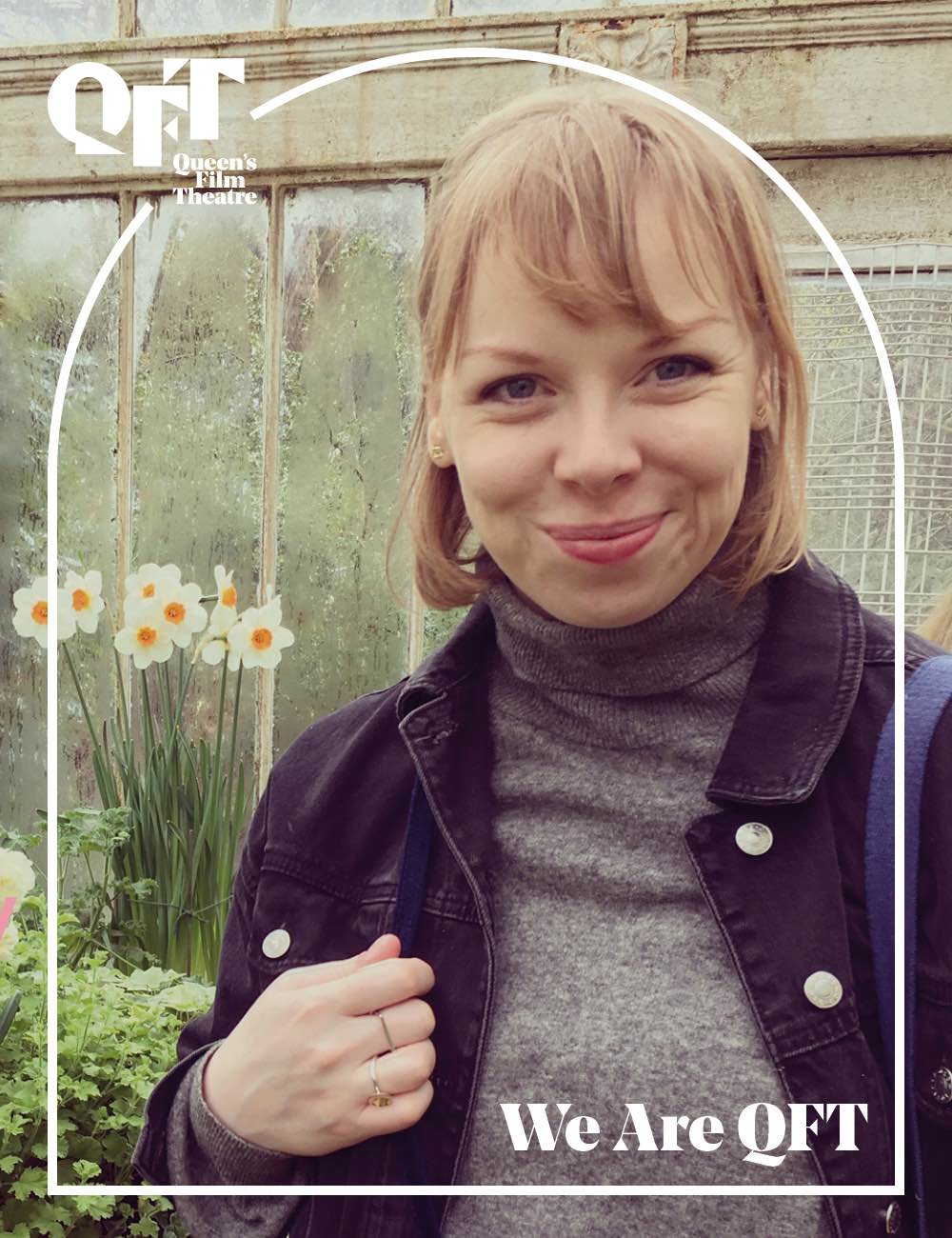 1. Bad Day at Black Rock (1955) - Spencer Tracy in a strange noir-western hybrid where he gets stuck in an isolated town with a dark secret. PERFECT socially distant matinee.

4. Good Vibrations (2012) - Because I’ll need a feel good film as cabin fever begins to set in, and it’s an incredible local story, with homegrown screenwriting, production, direction, soundtrack, the works.

5. Mystery Train (1989) - Bookending the day with films that begin with a train dropping the character(s) off at a desolate (and very American) station. The trains in the opening titles even mirror each other, running in opposite directions. Time moves differently in Jim Jarmusch films so this will take us into the night nicely.

No very recent films in there, but lots of nostalgia for a day when going outdoors is a bit scary.

From Dusk Till Dawn (1996), Robert Rodriguez’ big gory vampire thriller. It’s not big and it’s not clever but it’s got pneumatic drill-stakes, a brilliant Juliette Lewis, and a vampire called Sex Machine.

‘Fasten your seatbelts, it’s going to be a bumpy night’ (before a drunken sashay upstairs) - Bette Davis in All About Eve (1950). Although that script is full of absolute gems.