In this volume of #WeAreQFT Stephen Mullan tells us about his eventful early cinema going experience, why Hugh Grant was robbed of an Oscar and why he lied to QFT (tsk, tsk). 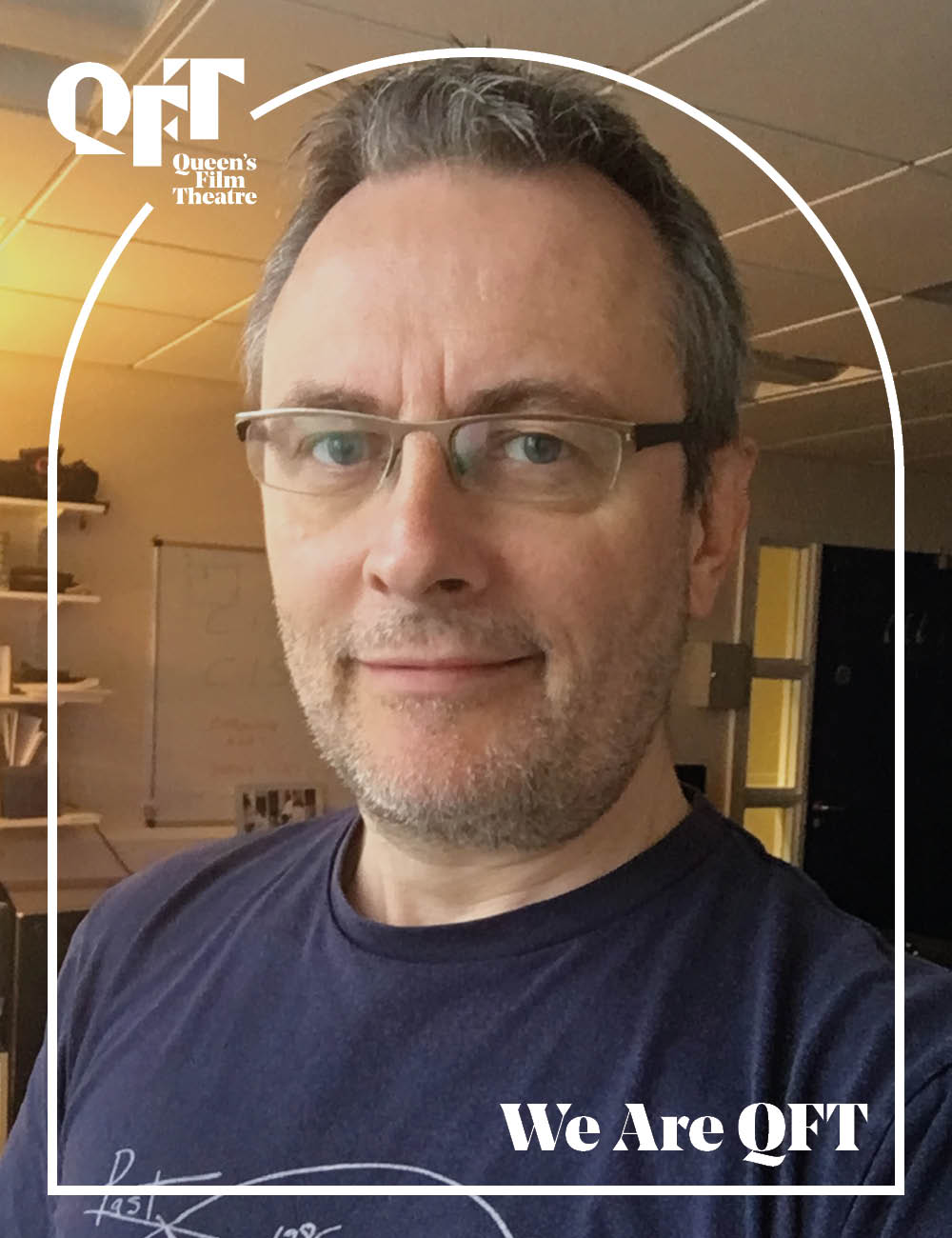 They're all feel good films, with little hints of sadness. But ultimately smiles at the end.

I know I had been to the cinema many times but the first memory that sticks in my head was going to see Jaws (1975), in the ABC in Great Victoria Street. At the very moment the head pops out of the hole in the boat a car bomb went off outside the Europa Hotel. The cinema shook, everyone jumped and screamed. the film carried on. To me it was the greatest special effect of all time and thankfully no one was injured.

Rumble Fish (1983) soundtrack by Stewart Copeland. It was also my first film to see in the QFT and I had to lie about my age to get in. Sorry.

It is the shared collective experience of being told a story and making an emotional connection with your peers. Also, I get a rush when the screen re-sizes just after the ads and trailers, as if the screen is preparing us for a journey.

In Screen 2, far left hand side 2nd row. In Screen 1 not behind anyone tall!

Hugh Grant's Phoenix Buchanan in Paddington 2 (2017). He deserved the BAFTA and was robbed of not getting an Oscar nomination, never mind a win.

Just a minor ADR lip sync issue in A Matter of Life and Death (1946). When Conductor 71 says, "One is starved for Technicolor up there." Apart from that, it is perfection.

Some re-makes can be hit or miss. For me though, The Fifth Element (1997) could do with a huge re-edit. All in the pursuit to cut out Chris Tucker's Ruby Rhod and replace him entirely. The most annoying character to have ever went on screen.

Ghostbusters (1984). Loved it when it first came out. Now I can't watch it as Venkman is just a vile horrible anti-intellectual misogynist and narcissist. And yes, I did like 2016 remake.

"Life is a state of Mind." Being There (1979). Love it so much I turned it into an oil painting so I can see it everyday.

Has to be Paterson (2016). I find Paterson to be sweet, gentle, warm, beautiful and poetic. A post covid Paterson embrace would do wonders for the soul.

For close ups of hands, it'll have to be Brad Pitt as he is my identical hand twin. For the rest Buster Keaton, he could re-create my many accidents and bone breaks with ease.