A closure of QFT isn't going to stop the #WeAreQFT train rolling on. Now, more than ever, it is vital we celebrate the patrons, staff members and friends who make us what we are. We do it for you and it is nothing short of a pleasure. So, it's up to customer Tony Heron to tell us why his favourite film villain is a piece of clothing, why he likes Step Up 2: The Streets and why he dislikes the greatest film ever made (says our Audience Development Assistant). 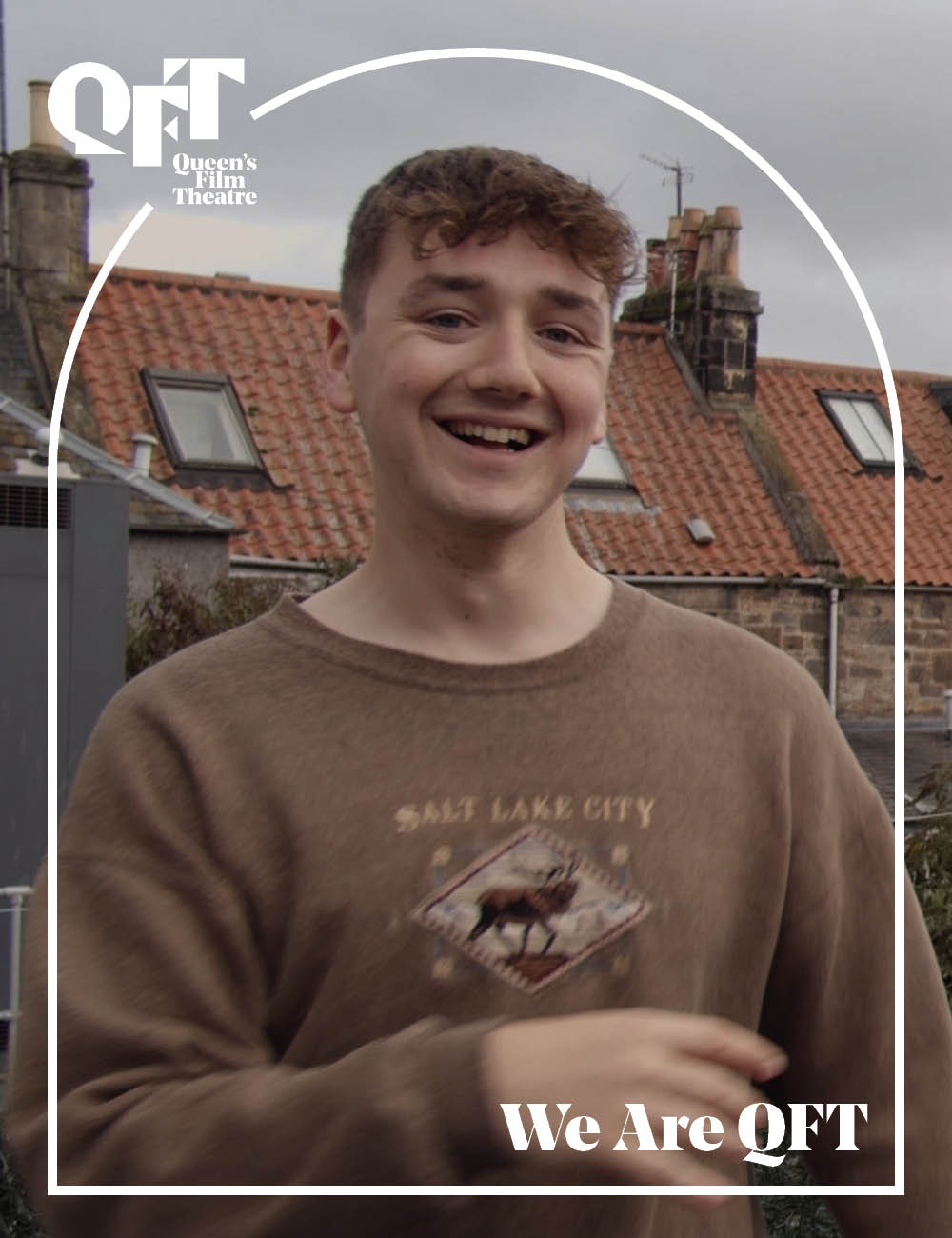 You're stuck indoors for awhile. What five films do you watch?
Thunder Road (2018
Under the Skin (2013)
Morvern Caller (2002)
The Assassination of Jesse James by the Coward Robert Ford (2007)
Mr. Bean’s Holiday (timeless)

I believe it was going to see the 2003 classic Kangaroo Jack but I tend to not dwell on that too much.

What was your favourite film of 2019?

Either, Wild Child (2008) or Step Up 2: The Streets (2008). There is something to be said about the innocent joy of trashy films, you should never feel guilty for enjoying a film.

What film would you be confident in recommending to a stranger?

I don’t know if it is cheating but The Yellow Submarine (1968) is very nostalgic of my (slightly scarred) childhood via my father. Jonny Greenwood’s score for ‘You Were Never Really Here’ was phenomenal alongside the general sound work on that film (and all Lynne Ramsay films).

Which film character would you love to meet?

To tag along on some ridiculous adventure with Wallace and Gromit would be ideal.

Best thing about going to the cinema?

I think it is getting to watch a film with a group of strangers who all are truly invested in what they are watching. There is an unspoken camaraderie in a cinema. This was proven to me when watching and subsequently crying at Her (2013) and being silently handed tissues by the people on my left and right at the same time. That remains my favourite QFT memory!

Do you have a special place in a cinema screen where you always sit?

Right at the centre. Middle row, middle seat. I have been known to count the tiles of the roof to get the exact spot.

Doc Brown rocks up in his DeLorean and asks what film decade you want to go to. Which one do you pick?

Not to be too sentimental but maybe the early 2010’s. I know it isn’t really pushing the flux capacitor but so many of my most formative films were made in the last decade. I often had to demote them to being watched at home and I would love to go see them in the cinema for the first time.

Pull Daniel Day-Lewis out of retirement. Throw him a bone.